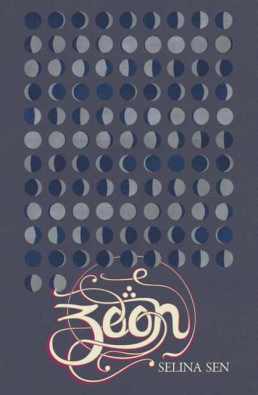 Kashmir has been the flashpoint in the geo-political paradigm of South-East Asia since 1948 and the situation in the ‘Paradise’ is far from normal. Despite the insurgency, violence and the excesses committed by men in uniform, this strife-torn piece of land has been an enigma for all. Whether it is the medium of films or literature, Kashmir has always produced commendable products. Selina Sen’s ‘Zoon’ set in Kashmir is a relevant story in today’s times.

Zoon (Habba Khatoon) is a Kashmiri queen turned poetess from Mughal era whose lines become quite the underlying theme throughout the narrative. Sen has weaved a story with many layers – there’s romance, violence, quest for redemption and above all, Bollywood. Every chapter in the book is detailed; the extensive research is equally matched by the picturesque descriptions. For someone who has only seen Kashmir in travelogues and on the net, words surely did breathe life to the locales. The author’s understanding of the politics of the region is admirable.

Acclaimed filmmaker Siddharth Rai wants to make a biopic of Zoon and takes Joya, a student of filmmaking from Jamia Milia University, on board as part of the research team. She falls in love with Rashid, her co-worker, in course of the making of the film. But troubled political realities of the time (1989-90s when Kashmir was on the boil) lead to the scrapping of the project. Clash of Joy and Rashid’s faiths nips the romance in the bud.

Joya returns to Kashmir at the turn of the decade hoping to complete the film on Zoon. This is the story of Joya seeking closure, her hunt for answers, her quest for redemption. Zoon’s poetry becomes a ‘clarion call’, a driving force for the women for Kashmir. Several centuries later, the poetess queen lives on through the verses she had penned for her husband. The grief of Kashmiri women who have lost their husbands to the violence in the Valley finds a voice in Zoon’s words.

Easily shifting between fact and fiction, the narrative is a bold representation of the realities of the Valley. Rashid is an epitome of the ordinary Kashmiri in despair, caught between the devil and the deep sea. The book champions love – this is the binding thread that brings Joya and Zoon together. Zoon dedicated her poetry to her husband. Joya’s film is a tribute to Rashid.

P.S. Thank you Westland Books for the review copy