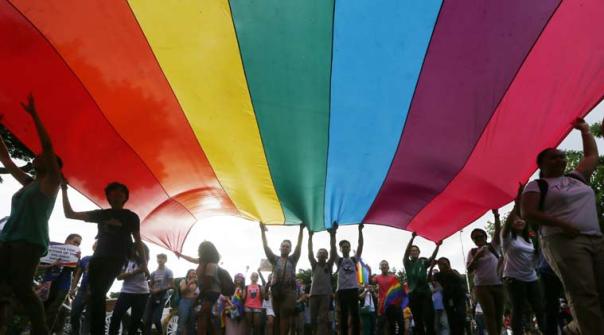 On July 2, 2009, the Delhi High Court declared Section 377 of the Indian Penal Code unconstitutional, thereby, giving a new ray of hope to millions of Indians who were stigmatized for their sexuality. The section, which criminalized consensual sex between two adults of the same-sex, was grossly misused by the police to target and victimize homosexuals. With 377 gone, it was a dawn of freedom for the LGBT community in India.

However, on December 11, 2013, the Supreme Court overturned the Delhi High Court verdict, thereby declaring lakhs of Indians criminals in their own country, solely for their ‘choice’ of love. The decision of a legislation to decriminalise homosexuality was left the Parliament of India.

The judiciary is the custodian of human rights, and has the mandate to make decisions in the interest of the public. But Justice Singhvi adjudged that annulling Section 377 of the IPC for a “minuscule minority” is improper. Well, the Constitution of India warrants that no matter how minuscule a minority is, their rights must be protected.

Article 21 of the India Constitution includes right to privacy also in its sweep which was upheld by our Hon’ble SC in Kharak Singh v State of UP for the first time. The Supreme Court held that right to privacy is an essential ingredient of right to personal liberty.

While a common case against decriminalizing homosexuality is that it is “unnatural”, people forget that nearly 500 species on animals show homosexual tendencies. How can a trait so abundantly occurring in nature be “unnatural”?

There is also a class of people who say homosexuality is against Indian culture. That is definitely not the case. The controversial Section 377 of the IPC is a British law that was introduced in the Victorian period. In fact, Indian scriptures and epics are replete with queer characters (the most common being Shikandi from Mahabharata).

The American Anthropological Association stated in 2004: “The results of more than a century of anthropological research on households, kinship relationships, and families, across cultures and through time, provide no support whatsoever for the view that either civilization or viable social orders depend upon marriage as an exclusively heterosexual institution. Rather, anthropological research supports the conclusion that a vast array of family types, including families built upon same-sex partnerships, can contribute to stable and humane societies.”

I, therefore, feel, it is about time we shed the colonial baggage, decriminalizing a private and consensual act between two consenting adults. It is time we modified Section 377 of IPC to decriminalize homosexuality.

Let every human being live a life of dignity, irrespective of their gender, sexuality, caste, religion or colour – just as the Constitution of India mandates.

India at 70 – Into that heaven of freedom… 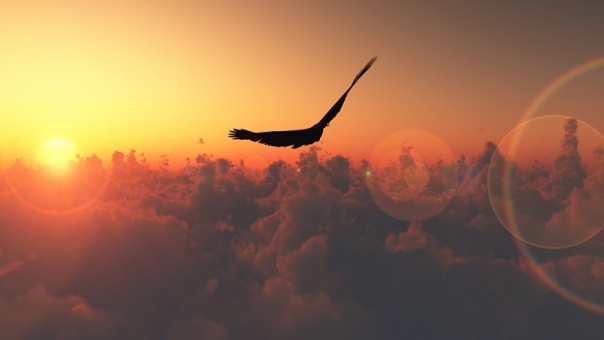 “The 70th anniversary of Independence, Madam Speaker, call for soul-searching introspection rather than chest-thumping celebration,” said Sugata Bose, Trinamool MP from Jadavpur in Lok Sabha during a discussion to commemorate the 75th anniversary of Quit India Movement. His words resonate in my ears as I sit down to pen my thoughts on the meaning of freedom, 70 years after the British left India.

“The social habit of mind”, Rabindranath Tagore wrote in his essays on nationalism, “which impels us to make the life of our fellow-beings a burden to them where they differ from us even in such a thing as their choice of food is sure to persist in our political organization and result in creating engines of coercion to crush every rational difference which is the sign of life.”

The visionary that he was, Tagore’s words sound like a prophetic warning for the times we are living in. Not many weeks ago, a teenage boy, Junaid, was lynched in Ballabhgarh on the suspicion of carrying beef. Like Pehlu Khan in Gujarat, Akhlaq in Dadri, or Asgar Ansari in Jharkhand, Junaid’s fault was his religion.

2017 witnessed one of the most grievous riots in the State of Uttar Pradesh where the upper-caste Thakur communities razed and burnt Dalit villages in Saharanpur, bringing back memories of Dalit attacks in Una last year, and the suicide of Rohith Vemula before that.

A spike in mob lynchings, specially by the state-sanctioned vigilantes who call themselves ‘gau-rakshaks’, and attacks on Dalits and minorities, has bruised India like never before. These incidents lead me to think, are we truly free?

Chandigarh was in the news recently after a Facebook post by a girl went viral. Varnika Kundu, the girl in question was chased through the streets of the city, in the wee hours of the night, for seven kilometers by the son of the State BJP President, and his friends. While the stalking case shocked us to the core, it also brought back memories of 2012 Delhi gangrape case. While Varnika waged a war against the system, too eager to shield the neta’s son, the ruling party at Centre, and its cyber army, was out in full force to tarnish her character.

Incidents like Varnika’s are a reflection of how morally degraded the society at large has become. More so, when one hears of politicians being involved in child trafficking rackets, charging anywhere between Rs 1 lakh and Rs 5 lakh as commission. While children are not safe from the clutches of self-serving politicians, even new born babies are sacrificed at the altar of inept governance. The 70 odd babies who were suffocated to death in Gorakhpur might be wondering what freedom means.

Where the mind is without fear and the head is held high, where knowledge is free…

Rabindranath Tagore had dreamt of an India that thinks freely, fearlessly. Sadly, in the ‘New India’ that is being trumpeted around the world, freedom of thought is just a euphemism. Debate and discourse are disbarred on campuses; a student who chooses to speak her mind on social media is insulted and threatened by none-other-than a Union Minister.

While funds for research are denied to scholars, the government engages itself in mindless exercises like installing the national flag on campuses and Vice-Chancellors suggest placing tanks inside campuses to instill a patriotic fervour in students (sic). Is this the free-flowing knowledge that Tagore imagined in India?

We live in a post-truth world. With the advent of Facebook and Twitter, every user has virtually become a broadcaster of news. But as Peter Parker’s uncle told him, with great power comes great responsibility. With complete lack of accountability, the digital space has become a breeding ground for the virus called ‘fake news’. Morphed images, fake photos, false videos and articles filled with bigotry and bile spread like wildfire, often resulting in communal clashes and violence. Freedom from fake news is pre-requisite for building a strong and resurgent India.

India is a land laden with ironies. The country that produced the Kamasutra squirms at the very mention of the word sex. There have been petitions from right wing outfits to ban ‘obscene’ statues at Khajuraho temple. A girl and a boy in love need social sanction to be in a relationship; often they meet a tragic fate based on what caste or religion they are born with.

And hapless, unfortunate hacks like me, who were ordained by nature to fall for species of their own gender, have to live like a criminal in this country. Freaks, psycho, mental, impotent – definitions are many, compassion none. Gay means happy as per the English dictionary, but more often than not, our lives are devoid of happiness, because of the constant struggle with the society, for our right to love.

Whether it is a boy who loves a boy, a girl who loves a lower caste boy, a Hindu boy who loves a Muslim girl or a girl who desires another girl – any freedom is incomplete unless one has the right to live with the partner of their choice, without being judged or ostracised.

INTO THAT HEAVEN OF FREEDOM

A country is nothing without her citizens. Seventy years ago, India had her tryst with destiny at midnight. It is for us to bring to fruition the dream that our founding fathers envisaged. Freedom will present herself to us if only we make ourselves worthy enough. If that requires standing up to the State, we should not dither.