Write India Campaign – The hunt for India’s next best writer

After a successful first season, Times of India has returned with ‘Write India’ campaign Season 2 to uncover India’s great story-telling potential. It is an unprecedented crowd-sourced short story contest for which TOI sets up an eclectic line-up of world-renowned authors to inspire, encourage and evaluate budding writers and amateurs.

The first season of Write India program was a grand success with around 1.5 lakh registrations and 25,000 short stories received in a span of 11 Months. It discovered top writers from across the country and 36 winning stories were published in the form of a book in November last year.

The entire campaign will be run for a period of 10 months, until 30 April 2018. Each month, one of the celebrity authors will share a passage for budding writers to weave a short story around, stories will be curated by Write India team and then, top winners will be selected by the author of the month. The winning stories created during Write India campaign will later be compiled in a book and published by TOI. At the end of the year, TOI will also organize a workshop for the winners where they will be mentored by celebrity authors.

Sounds like a challenge to go in for? Log on to www.toi.in/writeindia to submit your story and live your dream of becoming a published author.

I am taking My Alexa Rank to the next level with #MyFriendAlexa with BlogChatter. This is Post #2

DISCLAIMER: All Images and Videos Used In This Post Have Their Respective Copyrights 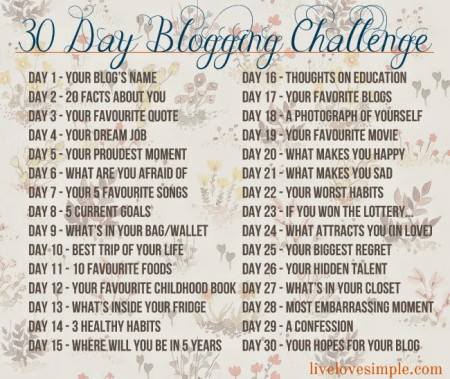 It is hard to believe that I have actually completed my Blogging challenge. For a lazy person like me, who often leaves incomplete articles in the drafts folder (or sometimes the inner recesses of the brains), blogging throughout for 30 days is no mean feat! I thank all those who have stayed with me through think and thin and read my posts.

I am an impulsive writer. Moreover, my profession is also that of writing. Whether I suffer from writers’ block or not, I have to keep writing, the medium may not be restricted to my blog alone… So, what are the hopes for my blog?