Homosexuality: Is it All in the genes?

Having left the string loose in the last issue, i was thinking where to start? I got the answer in a conversation with a fellow community member in one of the chat sites where he asked “isn’t homosexuality a genetic disorder like down’s syndrome?” This kind of propaganda is often carried out by homophobics and has crept into the psyche of many members of our brethren. So it is essential that i put forward a few evidences to the contrary to make people believe that homosexuality is not a disorder. It is just a mental condition.  Originally thought by the American Psychological Association to be a mental disorder, research into its causes, origins, and development have consequently led to its removal by the APA from its list of diagnoses and disorders.

Psychologists, such as Freud, studied homosexuals extensively in hopes of coming up with an explanation for their “abnormal” behavior. All of the explanations that these people created linked homosexuality to experiences that homosexuals have while growing up. Generally speaking, people in the world of psychology believed that homosexuality could be explained by a person’s environment. However, in the past two decades, the subject of homosexuality has been creeping into the world of biology. Studies have been done recently that attempt to look at homosexuality in a scientific light in hopes of coming up with a genetic explanation for sexual preference. Although i dare say that it has not yet been proved that a “homosexual gene” exists.

One of the pioneering works done in this field of research was carried out in the year 1993.The main aim of the research was to look into the families where there was an abnormally high occurrence of homosexuality. The pedigree analyses would give an insight into the mode of heredity of the homosexual trait and the genetic factors (if any) that affect it. It seemed that the majority of homosexual occurrences were on the maternal side of the tree. From this information, researchers concluded that if in fact there was a “homosexual gene”, it appeared to be passed down from mother to son. This study meant that the trait of homosexuality was passed down from mothers to son and heterosexual women were carriers of this gene. While this study did not come up with any hard core facts about the genetics of homosexuality, it showed that a connection very well could exist. This study paved the way for future studies. And since the mother was carrier of the homosexual trait, the studies were restricted to the X chromosome. 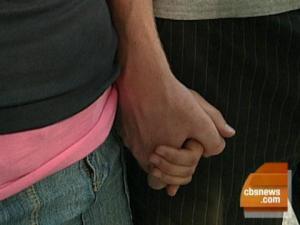 One of the most influential studies on the genetics of homosexuality was done by Dean Hamer and his co-workers at the National Cancer Institute in Washington DC (1993). Hamer’s research involved studying thirty-two pairs of brothers who were either “exclusively or mostly” homosexual. None of the sets of brothers were related. Of the thirty-two pairs, Hamer and his colleagues found that two-thirds of them (twenty-two of the sets of brothers) shared the same type of genetic material. This strongly supports the hypothesis that there is an existing gene that influences homosexuality. Hamer then looked closely at the DNA of these gay brothers to try and find the region of the X chromosome (since the earlier research suggested that the gene was passed down maternally) that most of the homosexual brothers shared. He discovered that homosexual brothers have a much higher likelihood of inheriting the same genetic sequence on the region of the X chromosome identified by Xq28, than heterosexual brothers of the same gay men. Although it should be born in mind that it is just a region of a chromosome not a gene. And despite many attempts, no such gene has yet been identified.  Hamer’s study also acknowledges the fact that while it does suggest that there is a gene that influences homosexuality, it has not yet been determined how greatly the gene influences whether or not a person will be homosexual. In addition, Hamer attempted to locate a similar gene in female homosexuals, but was unsuccessful. Similar studies on twins have yielded positive results and indicate presence of a homosexual gene,which needs to be identified and characterised.

In “A Genetic Study of Male Sexual Orientation,” the Northwestern University psychologist Michael Bailey and Boston University’s Richard Pillard compared fifty-six “monozygotic” twins (identical twins, from the same zygote, or fertilized egg), fifty-four “dizygotic” (fraternal) twins, and fifty-seven genetically unrelated adopted brothers (Identical twins are important in sexual-orientation research because, of course, they have identical genomes, including the sex-chromosome pair. If homosexuality is largely genetic in origin, then the more closely related that people are, the greater should be the concordance of their sexual orientation).

If a large contribution to homosexuality comes from genes; where does the rest of it come from? The range of environmental and biological inputs a developing child receives is both enormous and enormously complex. “Whatever the other variables are,” Pillard says, “they must be present early in life. I think this because the genderatypical behavior that so strongly prefigures an adult homosexual orientation can be observed early in development.” And he goes on: “There certainly could be different paths to the same outcome. With individual cases, there are doubtless some that are mostly or all genes, and others that might be all environment. Our analysis [of twins] doesn’t say anything about the individual.”

This was just one aspect of the genetic analysis. Human molecular genetics does help us understand ourselves better. To add to our knowledge, we should also open our minds to the bigger universe around us.

This article was first published in Gaylaxy. You can read Gaylaxy online at