Dear Islamophobes, please do not fight your battle at the expense of gays

Islam, I often laugh to myself, has become the proverbial ‘Nanda Ghosh’ who is to blame for all ills. Not that the ‘religion of Peace’ is devoid of problems, but to play the same old tune of radical Islam being the root of all evils reached a crescendo after the Orlando shooting.

Like any other religion, Islam needs reforms. There is no doubt about that; those who wish to live in denial are fools themselves. A set of rules, developed in the Middle-East in the middle ages cannot and should not be applied in to-to in the 21st century.

But when it comes to homophobia, are other religions far behind? Isn’t hate for us who love differently ingrained in every faith? The false notion of morality comes into play the day a boy is stopped by his mother from playing with dolls. Effeminate men are ridiculed, manly women are mocked – none of this because Islam said so. 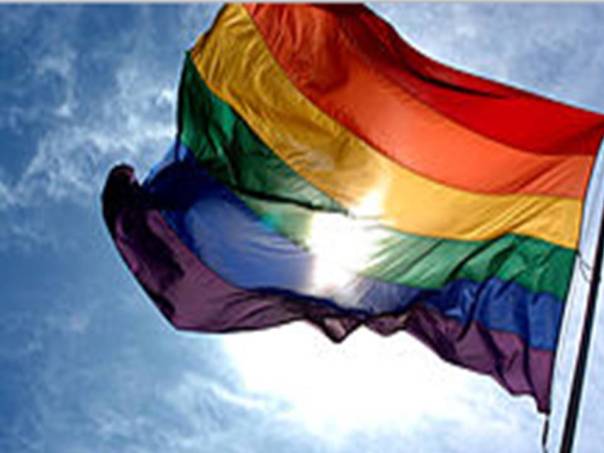 Most Islamophobes cite the example of Middle East. Well, those nations choose to live in the dark ages, that’s their problem. Homosexuality is not illegal in Indonesia, world’s largest Muslim country. India, which houses second largest population of Muslims and is ruled by a Hindu right wing party, has criminalised “unnatural sex” since the British era. But Muslims here do not go about killing gays, because guns are not as easily available in India as they are in America.

Gun laws – the elephant in the room that many people refuse to acknowledge – were the primary reason for the Orlando massacre, as much as homophobia. Only three out of 133 shootings in US of A this year were by Muslims. So, how can Islam be blamed? Even if Omar had not carried out his devious plans, another Christian extremist was planning to attack a pride march the very next day (but was apprehended). A pastor took to Twitter to celebrate the death of gays.

Orlando massacre is as much a failure of the American administration. Despite being under FBI radar, Omar had access to those deadly arms. Many Republican politicians who are attacking Islam after the incident have vocally defended anti-gay laws in the past.

So, my earnest request to all my Islamophobe friends is please do not fight your battles by putting guns on our shoulders. Our fight is as much against the Omar Mateems as much is it against Hindu Ramdevs and the Christian Pastors.

So if you cannot help our cause, at least do not derail it by scoring goals against Islam at our cost. Because even as u do so, we face discrimination in workplaces, campuses… we live like criminals in our own country.

DISCLAIMER: All Images Used In This Post Have Their Respective Copyright

On the morning of 11 December 2013, I woke up with a hope that history will take a new course that morning. Excited and charged up for a celebration, I stared animatedly at my Twitter feed, waiting for the news to break. Two tweets appeared on my TL back to back. The fact did not sink in. By 10:45, i was unable to read my Twitter feed, eyes moist with tears. From a respected citizen of India, who in his smallest capacity had been contributing to the cause of nation-building, was now a criminal! Supreme Court had recriminalised Section 377, finding no “constitutional infirmity” in the draconian law.

What I was not anticipating was the huge outpouring of support for equal rights movement for gays and outrage against the irrational and incompetent (with shades of homophobia) verdict of the Supreme Court. Unlike 2009, when the landmark judgment of Retd Justice AP Shah was jeered, the queer taunted, and supporters of gay rights mocked on and off social media, for the last three days, the extent of support has been overwhelming, to say the least. 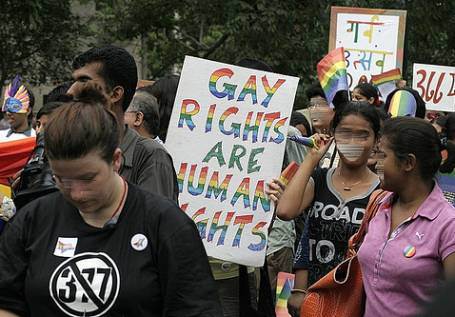 Justice Singhvi, who delivered the regressive judgment annulling July 2 2009 verdict by the Delhi High Court, hid behind a slew of procedural walls, which he himself chose to demolish in the past, when he bypassed the legislature and executive to frame public policy for telecom in the aftermath of the 2G scam. The judge who takes the liberty of unsettling the balance between the three wings of government in fiscal matters, giving the excuse that it is the legislature’s job to make amends to laws, is downright hypocritical.

The judiciary is the custodian of human rights, and has the mandate to make decisions in the interest of the public. But Justice Singhvi thinks annulling Section 377 of the IPC for a “miniscule minority” in improper. Well, Justice Singhvi needs to be reminded that any minority, no matter how miniscule needs to be protected and their rights secured – the Constitution of India warrants that. 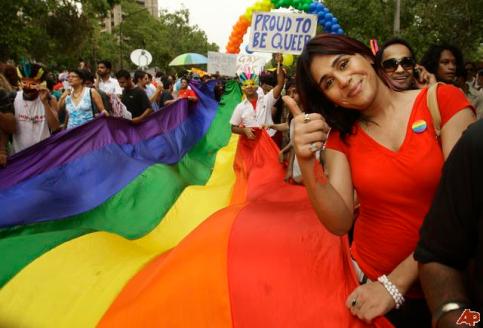 Interpretation of statutes is another mandate of the judiciary in case of conflicts. By declaring that the Section 377 suffers from no Constitutional infirmity, the Supreme Court has put its stamp of approval on treatment of about 100 million (figures stated by top media houses) citizens of the country as criminals. A law drafted in 1860, to preserve the Anglo-Christian morality, got a thumbs up from the supreme judiciary in India in 2013!

Away from the legal debate, a social debate was raging on social media platforms. The army of homophobes were out in full force, led by the Commanders Subramanian Swamy and Ramdev, who deserve Nobel prizes in Medicine for the absurd claims they made regarding homosexuality, without bothering to provide even a shred of credible evidence. Three years back I would have engaged in Twitter battles with these dolts, arguing my case from Biological, social and psychological points of view.

However, my patience has thinned in the last 5 years of handling Internet Hindus, and I didn’t want to waste my energy on them. Fighting the Supreme Court is more important at this juncture. All those who are interested to read about the Scientific evidence that homosexuality is NOT an aberration, fully natural, genetic and hereditary, please do read my blogs on the subject (published in Gaylaxy). 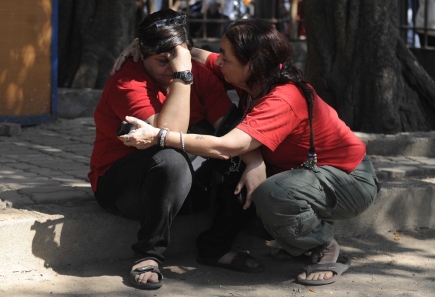 A battle lies ahead. India is in need of a Stonewall moment. The LGBT community has never felt more galvanised. The entire media has thrown its weight behind us. There’s no stopping or looking back. 2009 empowered us. The SC setback has strengthened our resolve. Ladke LenGAY Hindustan.

[View the story “Proud to be criminals” on Storify]