Sexuality Education – Need of the hour in India

Sexuality education has been a much contested issue the world over. People are divided over whether sex education should be imparted to students or not and even if it should be, what should form part of such a curriculum.

It is important today to talk about sexuality education. The systematic denial of right to knowledge about our own bodies is of course connected to the rise in cases of sexual violence and rape. A comprehensive sexuality education will counter these patriarchal notions and disturb the silence of cultures that produce this gender violence.

The silence around sexuality and the lack of sexuality education also leads young people to seek information about their bodies and the sexual act from often misinformed sources: peers, the media, and pornography.

Conversation about desire, changes in the body as one grows up, positive body image, what constitutes an equal and healthy sexual relationship, marital or otherwise, the different sexualities and genders, and disabilities is the need of the hour. Sexuality education will impart the values of gender equality, freedom from discrimination and other democratic values at an early age among the youth. 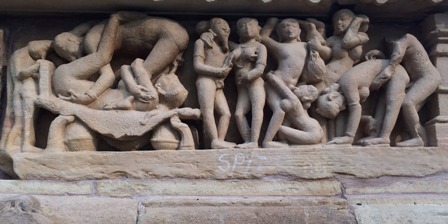 And the argument that it’s against our culture is laughable. If we consider ancient India, sex was never a taboo subject. We’re the land which created the Kama Sutra somewhere around 400 BC. Ancient Indian temples (Khajuraho) and others have explicit sculptures extolling the joys of sexual union to educate the masses of devotees visiting the temple. Vedic scriptures (despite what the 2009 parliamentary committee claims) put pleasure from sexual orgasm at par with the bliss of experiencing godhood (brahmanand).

Our Health Minister should first seek a cure for his foot-in-the-mouth disease rather than seeking a ban on progressive ideas.