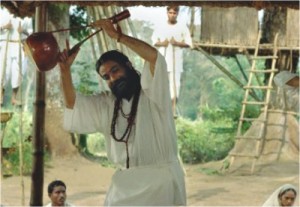 Who am I? We often encounter this question in our life. What is the purpose of our existence? The eternal search for the soul, the quest to find Him, the one for whom we exist, drives the wheels of life. Lalan Fakir, a Baul wanderer from Bengal spent his life seeking answers to his quest for the divine. Through his songs he tried to connect with the Almighty. The Moner Manush (soul mate). But do we ever meet our “Moner Manush” in our lives? Is it not a search that drives us to move forward towards death? Isn’t death the ultimate meeting ground of two souls? 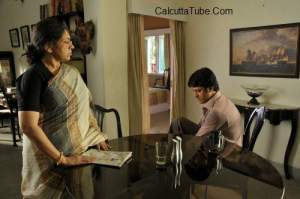 Talking about the soul, we all have deep dark secrets hidden in the deep recesses of our hearts, which slowly wreck us from within. Each one of us do even if we do not admit it. Even the most sophisticated beings look different when the mask of “gentlemanliness” gets removed behind closed doors. Or else why would a medical student who has always secured the first position in all his exams be addicted to watching pornographic movies at theatres? 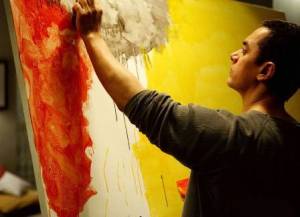 And when you have secrets, you need someone to share the secrets with. A confidante not only shares your burden but gives you a sense of not being lonely in this world. For Yasmin her handycam was the only means of being in touch with her brother. her failing marriage and changing equations of life could only be documented in her video letters to her brother. But never communicated. But found by Arun, an upmarket painter who moves to Yasmin’s house and discovers her letters, those could have some different meaning.

Small incidents can change your life. What would you do if you chanced upon the person you were obsessed with? Tamodeep tries his best to give a lease of life to Mohini. In the process he has to face himself. The real and surreal seem to merge. Distinctions become difficult drawn. Human desires bare themselves. And in this battle of instincts, the good always wins. 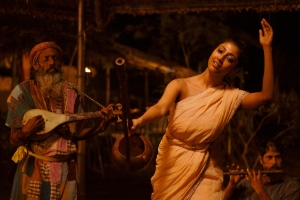 To desire the divine we must win over our earthly desires. Quitting material pleasures apart we must conquer our carnal desires. “Sorir to jagbei sorirer niyome, mon jodi na chaye?” ( the body will respond to senses, mind must shut itself). Desires to love must conquer all other feelings. Sans discrimination of any form, unity of the two sexes can only bring us closer to God. But still Almighty remains a mirage.

Relationships can be manifold. One night out with Arun makes Shai fall for him (No, its not just for the sex she tells her friend). When denied, she becomes obsessed with him. On the other hand there is this washerman Munna who becomes Shai’s guide in Bombay, in turn falling for her. Human relationships are dynamic. They move on. Even in death. 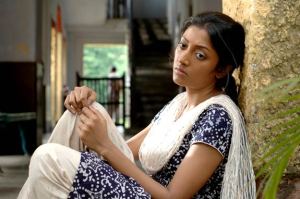 Tamodeep’s only confidante was his Biology teacher. He used to bare his heart to her. But Tamodeep’s mother could not bare this infringement of her territories by another woman. It is an eternal battle in the mother’s heart to accept the presence of another woman in their son’s life. Tamodeep and the four women in his life weave a web of emotions, confrontations and expressions in his life in just 48 hours.

Lalan Fakir is probably unheard of in even Bengal now. His achievements as a social reformer through songs and music is chronicled in Bengali literature. Rabindranath Thakur’s songs were influenced to some extent by Lalan at one point of time. The film Moner Manush, which one the Golden peacock at International  Film Festival of India, is a depiction of Sunil Gangopadhyay’s novel by the same name. A joint venture by India and Bangladesh, Gautam Ghoshe mesmerises us all with his cinematography exploring the beautiful Bengal minus the border created by men. This cinema was a “going back to the roots” experience for me. No wonder it has successfully completed 50 days at box office with every show running houseful at every theatre. More than soul searching, the film has a moral for us in these strife torn times when hatred, violence and discrimination have killed the society. Prasenjit reinvents himself as Lalan Fakir. Paoli Dam makes a firm noise through her acting. 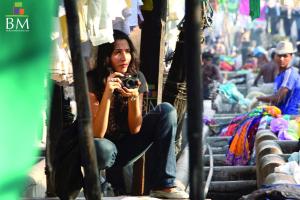 Dhobi Ghat according to me was a painting, slowly unfolding itself. The hues and colours all raining on the canvas, being shaped into images by experienced hands. Comprising mainly of new actors, and a first time director, this film stands out. The silent cry of Yasmin, the secret love of Munna, the mental agony of Arun, dilemma of Shai beautifully fill the canvas in the backdrop of Old Bombay and the the Dhobi Ghat slums. Kiran Rao is a director to watch out for, with a more mature screenplay and a better cameraman she can certainly do wonders.

Directed by Atanu “Angshumaner Chobi” Ghosh, Takhan 23 not only manages to live upto the expectations built around a hugely successful director, it delivers us a good insight into the human psyche. Brilliant performances by Paoli Dam, Jishu Sengupta and Aparajita Ghosh Das and poetic cinematography are the pillars of this film. Indrani Haldar is a veteran. No words for her. The background score, and the Atulprasadi just added to the brilliant cinematic experience. Only sore point was the track of Rajatava Dutta which seemed too obvious.

48 hours of brilliant cinema, variety of subject and difference of approach made me a more mature viewer. My expectations now rise even more and i am gonna trash films with even more alacrity henceforth.

Do share your views with me if you have watched these films. If not GO WATCH NOW>